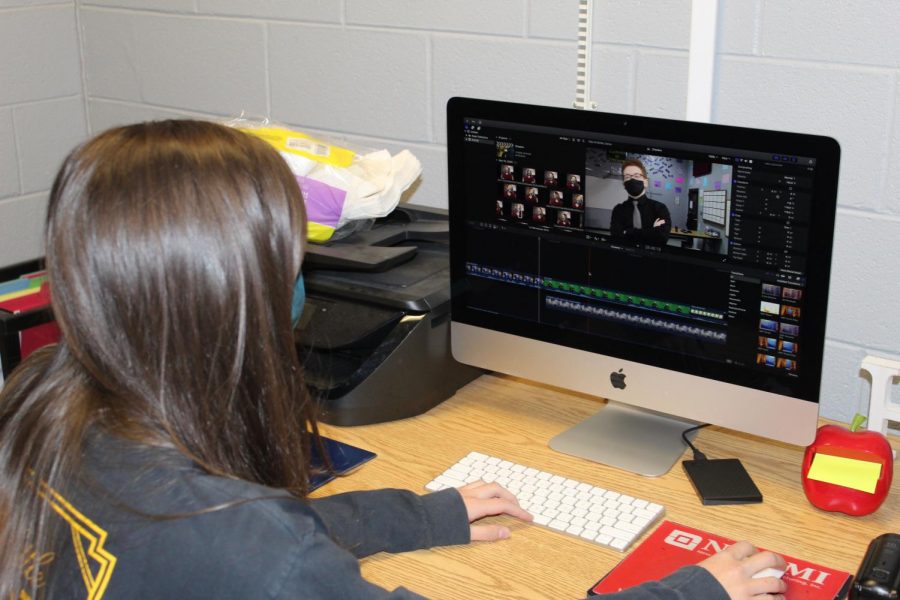 From sitting in a theater and looking at actors playing their roles to now watching a play in the comfort of your home throughout a livestream, welcome to drama in the age of COVID-19. Actors will be performing in “Cheaters,” their first-ever virtual event, Dec. 4-6.

“This play is going to be different because it is entirely online,” drama teacher Emily Haven said. “We recorded the entire thing either in class or at home (for VIP students) and edited in a digital background. It will be livestreamed online so everyone has access and no one has to come to the school to watch it.”

Jose Esquivel, who last year appeared on stage in “The Great Gatsby,” plays the role of an all-star athlete in a fictional school who gets accused of cheating on a test. The characters spend the rest of the 35-minute drama trying to figure out who really cheated, because if the cheater doesn’t confess, everyone in the class will fail.

“It’s definitely been a challenge, but the experience has been great,” said Esquivel, a senior. “It’s not as nerve wracking as an in-person play due to the actors being able to have more room for mistakes due to it being recorded, unlike having to get it all right the first try.”

But virtual drama is not without drawbacks.

Beckmann, cast in the role of Tonya, is acting in her first play but has participated behind the scenes with productions of “Suite Surrender” and “The Great Gatsby.”

“I’ve been backstage for two plays and finally got a role my last year,” the senior said, adding that “Cheaters,” written by Don Zolidis, has a surprise twist at the end that viewers will enjoy.

To watch “Cheaters,” go to www.showtix4u.com/event-details/43046. You can pick one of three nights: Dec. 4, 5 or 6, and the play will air at 6 p.m. CST each date. Once you buy your ticket, you will receive an access code and a link to watch the livestream. Each code will only work for one device at a time.