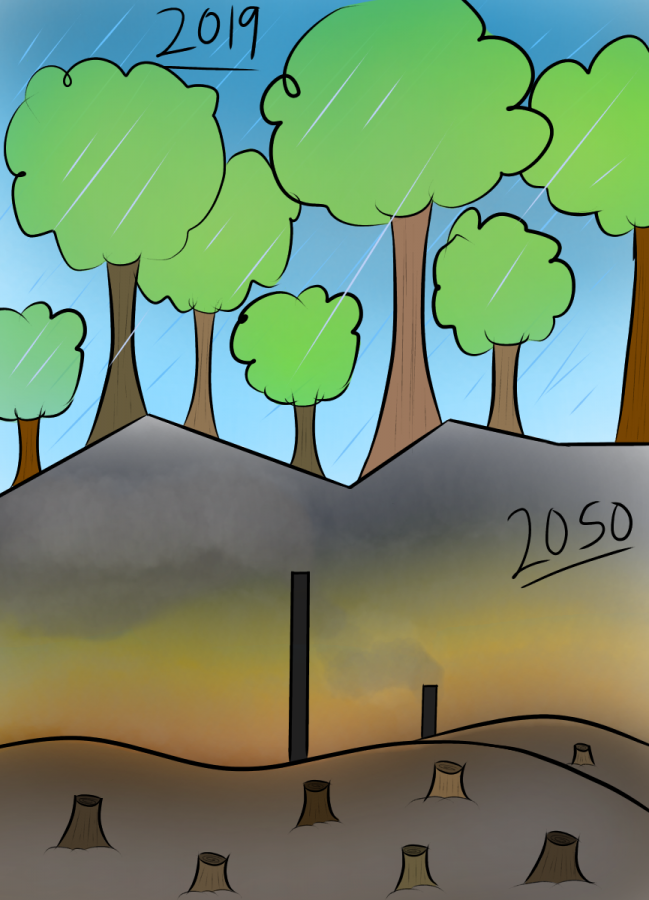 The little exposure the media has given to the Amazon Rainforest fires has me very disappointed.

This planet is the only one we have, and we need to take care of it. Some of the reasons people used for burning it down were unethical, and those that were ethical have gone too far.

This forest is an important part of the Earth’s ecosystem as a whole and the issue should have been brought to the public’s attention sooner than three months after the flames had continuously raged.

We as a people need to stand up and take action to save our planet. We are damaging the ozone and leaving future generations with no trees.

Don’t put your problems that can be fixed today on your children so that they will be left with the consequences tomorrow.