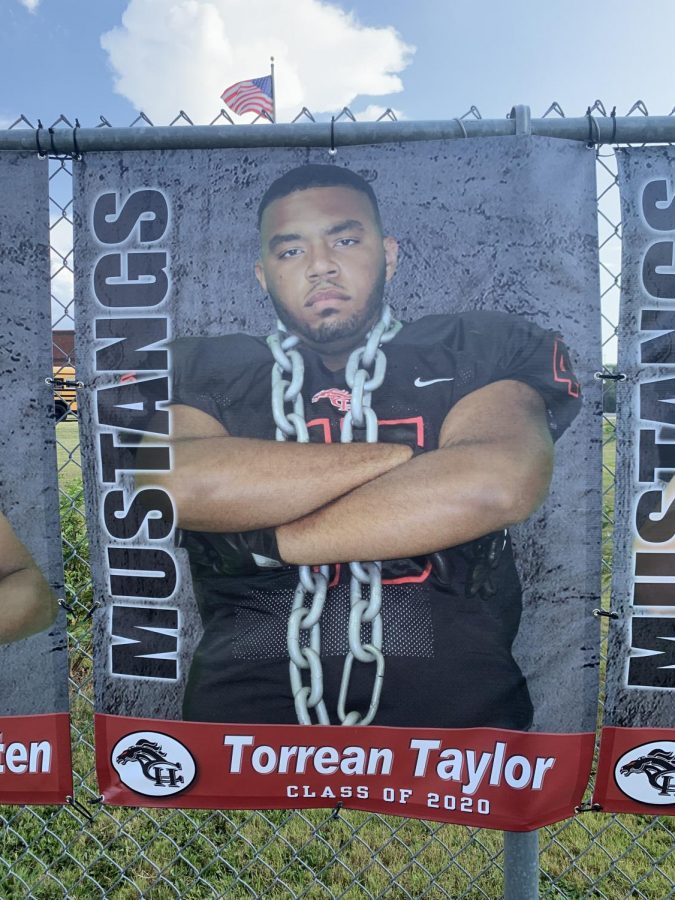 Torrean Taylor is recovering at home after surgery for a broken leg he suffered during the first half of the Sept. 6 football game against Southwind.

“There was an outside run, and the other team cut back inside and everyone turned to go get the ball,” teammate Terran Hill said. “One of our linebackers dove to hit the running backs and accidentally hit Torrean’s leg instead. So his leg went in while his body went the other way.”

Taylor, known as “Big T,” left the stadium by ambulance.

“I was happy to let them see me get carted off the field with a smile on my face,” said Taylor, who broke the tibia and fibula in his right leg. He had surgery to insert a rod and plates in the leg Sept. 7 at Methodist Germantown Hospital. He is now at home recovering.

“I’m feeling great,” he said. “I was in shock, but I’m good now. I don’t plan for this to hold me back, so I moved forward after surgery.”

Although he plans to play in college, the injury puts Taylor, a senior, out for the remainder of the season.

“Any time you have an injury it is tough,” head football coach Alan Peacock said. “When it is a season-ending injury like this, and to a senior especially, it is even tougher for all involved.”

A 6-foot-6-inch nose guard who wears No. 45 and always holds his teammates accountable, “He was an anchor on the D-line and a force on the field,” defensive line coach Joshua Burch said. “Losing Torrean not only hurts physically but mentally. He was a leader on and off the field, especially on our side of the ball. Torrean will be sorely missed on the field.”

“He should be back at school next week sometime,” Peacock said. “He will be on a walker for a while and may have to do some PT.”

In the meantime, Taylor said his teammates have been supportive.

“I can’t ask for a better band of brothers,” he said, adding that his message to them is to keep working and keep grinding.

As for Taylor, “I’m just gonna ball until I can’t.”