Week of Winterfest activities leads up to Lewisburg game 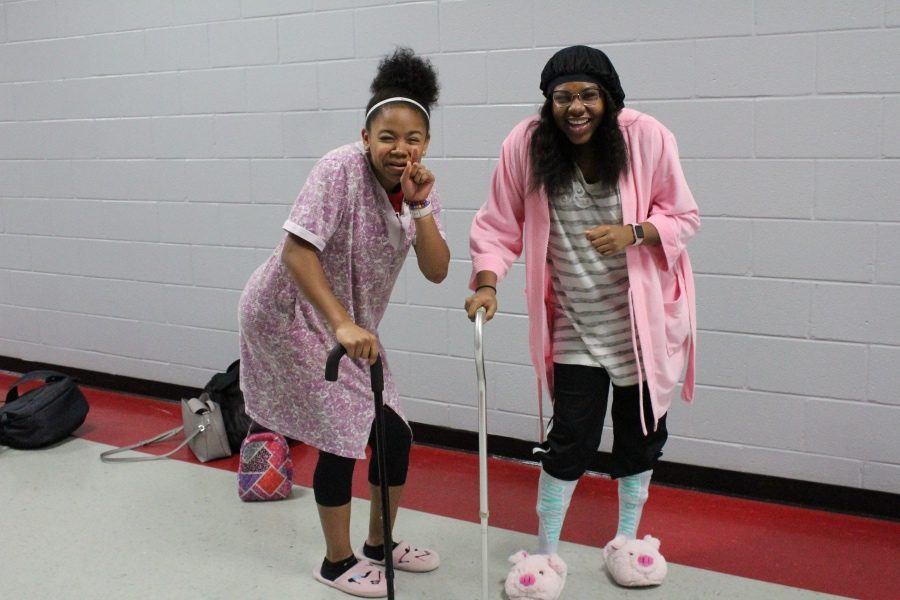 One of Center Hill High School’s most valued traditions is its second semester Homecoming known as Winterfest. Just like Homecoming in the fall, Winterfest is a week packed with dress-up days, a pep rally, and a ton of school spirit to prepare for the basketball games at the end of the week of Jan. 29-Feb. 2.

This year’s theme was “A Week of Wars,” and the hallways of Center Hill were festive and colorful on Monday with “Holiday Wars.” On Tuesday, the students had a throwback to their early childhood with “Disney vs. Nick.” Wednesday gave everyone a chance to feel like a superhero with “Marvel vs. D.C.,” and on Thursday, there were senior citizens and toddlers alike hobbling through the halls with “Diapers vs. Dentures.” Friday, of course, was spirit day, also known as “Color Wars.”

Friday was kicked off with a pep rally where the student body was treated to seeing their typically no-nonsense assistant principal Brenda Case dressed in a black formal gown and tiara as their “Winterfest Queen.” Later that night, the action really began with girls basketball team, currently undefeated in the district, which beat Lewisburg 32-28. Senior Carrington Kneeland led the team with a total of 17 points, while junior Kaylen Morris had 8.

“Our goal at the beginning of the season was to be undefeated in the district and we accomplished that,” head girls basketball coach Chase Brown said, adding that he was “very proud of the way we have battled all season.”

At halftime of the girls game, the Sweethearts and Beaus of Center Hill were presented. One girl and one boy from every club and sport in the school were chosen by their sponsor or coach to represent their organization.

“Winterfest provides an opportunity for over 35 students in school teams and clubs to be recognized by their peers through our Sweethearts and Beaus presentation,” head Student Council sponsor and Winterfest coordinator Meredith Smith said.

After the girls game, the boys took the court. With a final score of 104-49, the Mustangs defeated the Patriots. Senior Brien Kimmons led the team with 22 points, and also scored his 1,000th career point. Kimmons is the second player in Center Hill history to reach 1,000 career points. Freshman Kaeden Laws scored 12 points, and senior Kentrell Dorsey scored 11.

“Even with all the distractions that come with Winterfest, our team remained focused on the task at hand,” head boys basketball coach Newton Mealer said. “It’s always great to beat our crosstown rival Lewisburg, especially in Winterfest.”

At halftime of the boys game, the Winterfest Court was presented and the student body-elected royals were crowned. Seniors Savannah Steen and Chris Buford were chosen to reign as the 2018 Center Hill Winterfest Queen and King.

“I was not expecting it at all,” Steen said. “But I’ve been involved and worked hard and I think that is what the face of Center Hill should be.”

Buford said he is blessed to be named Winterfest King.

“Thanks to all of my teachers and fellow classmates for voting me in,” he said.

Smith said the week of Winterfest is very important to the students and staff of Center Hill because it is a chance for everyone in the school, no matter their level of involvement, to feel included.

“Overall, it’s just a great chance for us to come together and have some fun,” she said, noting that Center Hill is not just a school but a family.