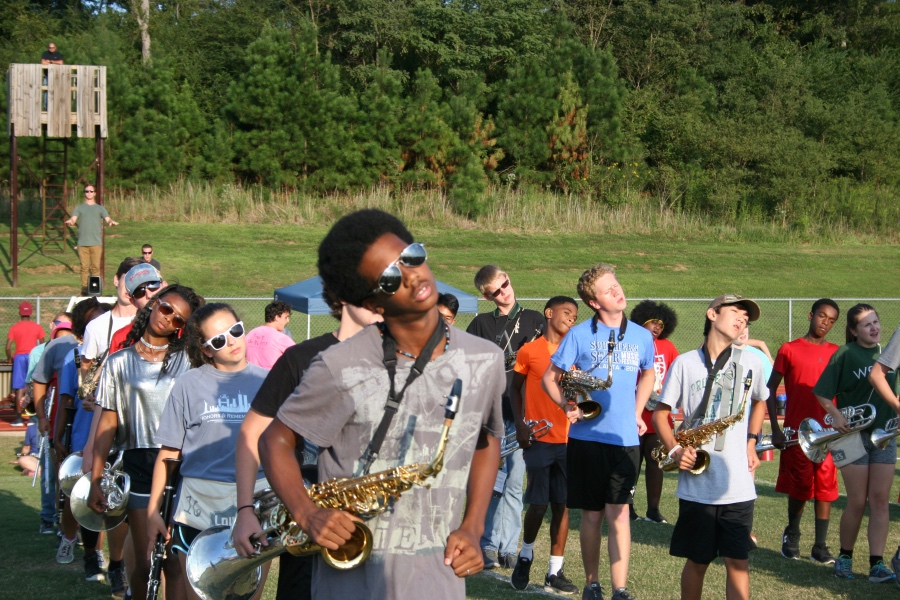 Gone are the days of Martian princesses and armies bringing fear and death. The Center Hill Band is taking its show in a whole different direction this year. Called “The Silhouette,” the show is about finding yourself.

Last year’s show was the science fiction-themed “Message from Mars,” which featured movements from Gustav Holst’s “The Planets.”

“This year we have original music,” Ross said. “It has not been played by anyone in this area.”

Ross also said he is looking forward to a successful season because of a shift in attitude.

With Jason Cole all settled in now as assistant director/percussion coordinator, Ross said more work can be done in a shorter amount of time, and with more time means more focus on the individual needs of specific band members.

Chloe Jenkins, a senior in Color Guard, said she enjoys the experience being in band provides.

“It’s a lot of fun because it brings us together as a family, but it’s also a lot of work because being part of a family means putting in effort to succeed,” she said.

Like any other sport, winning is a goal, but Ross said that isn’t necessarily the main focus.

“Our ultimate goal is to get students to love playing music, love performing music,” he said.

The band performs at halftime at all home football games. The new show was also performed at the County Marching Expo on Sept. 16 and in competition at Olive Branch High School on Sept. 30.

At the Conquistador Classic, Center Hill placed first in the 3A division in the band and drum major categories. The Color Guard also placed first, while percussion placed second.